NO PURCHASE IS NECESSARY TO ENTER OR WIN. A PURCHASE DOES NOT INCREASE THE CHANCES OF WINNING.

1. Eligibility This Campaign is open only to those who sign up at the https://wildcountryfriendscontest.shortstack.com/p2gzsz  and who are [18 years of age or older] as of the date of entry. The Campaign is only open to legal residents of Germany and is void where prohibited by law. Employees of Oberalp Spa, its affiliates, subsidiaries OberAlp Deutschland GmbH , advertising and promotion agencies, and suppliers, (collectively the “Employees”), and immediate family members and/or those living in the same household of Employees are not eligible to participate in the Campaign. The Campaign is subject to all applicable federal, state, and local laws and regulations. Void where prohibited.

2. Agreement to Rules: By participating, the Contestant (“You”) agree to be fully unconditionally bound by these Rules, and You represent and warrant that You meet the eligibility requirements. In addition, You agree to accept the decisions of Wild Country as final and binding as it relates to the content of this Campaign.

In order to participate in the photo contest, the user must:

-      Tag a photograph in the style of #WildCountryFriendsContest

-      Confirm entry in the competition.

The photographs and their accompanying captions will be made visible in the competition gallery. They may be voted for until the closing date of this competition.

It will only be possible to enter one photograph into this part of the competition. The user may decide to replace an uploaded photograph with another, although the user will lose any votes accumulated by the first photograph.

Actual/appraised value may differ at time of prize award. The specifics of the prize shall be solely determined by Oberalp SPA / OberAlp Deutschland GmbH . No cash or other prize substitution shall be permitted except Oberalp SPA / OberAlp Deutschland GmbH  discretion. The prize is nontransferable. Any and all prize-related expenses, including without limitation any and all federal, state, and/or local taxes, shall be the sole responsibility of Winner. No substitution of prize or transfer/assignment of prize to others or request for the cash equivalent by Winner is permitted. Acceptance of prize constitutes permission for Oberalp SPA / OberAlp Deutschland GmbH  to use Winner’s name, likeness, and entry for purposes of advertising and trade without further compensation, unless prohibited by law.

6. Odds: The odds of winning depend on the number of eligible entries received.

Winner of the first classification will be awarded by popular vote of the public to the eligible Contestant with the most likes on their image under the scope of #WildCountryFriendsContest on the Instagram platform. The second classification will be awarded to the eligible contestant who has the second most likes on their image under the scope of #WildCountryFriendsContest. Winner will be notified by email within ten (10) days following selection of Winner. Oberalp SPA / OberAlp Deutschland GmbH  shall have no liability for Winner’s failure to receive notices due to spam, junk e-mail or other security settings or for Winner’s provision of incorrect or otherwise non-functioning contact information. If Winner cannot be contacted, is ineligible, fails to claim the prize within 5 days from the time award notification was sent, or fails to timely return a completed and executed declaration and release as required, the prize may be forfeited and an alternate Winner selected. Receipt by Winner of the prize offered in this Campaign is conditioned upon compliance with any and all federal, state, and local laws and regulations. ANY VIOLATION OF THESE OFFICIAL RULES BY WINNER (AT Oberalp SPA / Wild Country Limited’S SOLE DISCRETION) WILL RESULT IN WINNER’S DISQUALIFICATION AS WINNER OF THE CAMPAIGN, AND ALL PRIVILEGES AS WINNER WILL BE IMMEDIATELY TERMINATED.

8. Rights Granted by You: By entering this content (photo), You understand and agree that Oberalp SPA / Wild Country Limited ,anyone acting on behalf of Oberalp SPA / OberAlp Deutschland GmbH  and Oberalp SPA / OberAlp Deutschland GmbH’s licensees, successors, and assigns, shall have the right, where permitted by law, to print, publish, broadcast, distribute, and use in any media now known or hereafter developed, in perpetuity and throughout the World, without limitation, your entry, name, portrait, picture, voice, likeness, image, statements about the Campaign, and biographical information for news, publicity, information, trade, advertising, public relations, and promotional purposes. without any further compensation, notice, review, or consent. Optional verbiage for Contests: By entering this content, You represent and warrant that your entry is an original work of authorship, and does not violate any third party’s proprietary or intellectual property rights. If your entry infringes upon the intellectual property right of another, You will be disqualified at the sole discretion of Oberalp SPA / OberAlp Deutschland GmbH  If the content of your entry is claimed to constitute infringement of any

proprietary or intellectual proprietary rights of any third party, You shall, at your sole expense, defend or settle against such claims. You shall indemnify, defend, and hold harmless Oberalp SPA / OberAlp Deutschland GmbH  from and against any suit, proceeding, claims, liability, loss, damage, costs or expense, which Oberalp SPA / OberAlp Deutschland GmbH  may incur, suffer, or be required to pay arising out of such infringement or suspected infringement of any third party’s right.

10. Limitation of Liability: By entering, You agree to release and hold harmless Oberalp SPA / OberAlp Deutschland GmbH  and its subsidiaries, affiliates, advertising and promotion agencies, partners, representatives, agents, successors, assigns, employees, officers, and directors from any liability, illness, injury, death, loss, litigation, claim, or damage that may occur, directly or indirectly, whether caused by negligence or not, from: (i) such entrant’s participation in the Campaign and/or his/her acceptance, possession, use, or misuse of any prize or any portion thereof; (ii) technical failures of any kind, including but not limited to the malfunction of any computer, cable, network, hardware, or software, or other mechanical equipment; (iii) the unavailability or inaccessibility of any transmissions, telephone, or Internet service; (iv) unauthorized human intervention in any part of the entry process or the Promotion; (v) electronic or human error in the administration of the Promotion or the processing of entries.

11. Disputes: THIS Campaign IS GOVERNED BY THE LAWS OF EU WITHOUT RESPECT TO CONFLICT OF LAW DOCTRINES. As a condition of participating in this Campaign, participant agrees that any and all disputes that cannot be resolved between the parties, and causes of action arising out of or connected with this Campaign, shall be resolved individually, without resort to any form of class action, exclusively before a court having jurisdiction. Further, in any such dispute, under no circumstances shall participant be permitted to obtain awards for, and hereby waives all rights to, punitive, incidental, or consequential damages, including reasonable attorney’s fees, other than participant’s actual out-of-pocket expenses (i.e. costs associated with entering this Campaign). Participant further waives all rights to have damages multiplied or increased.

13. Winners List: To obtain a copy of the Winner’s name or a copy of these Official Rules, mail your request along with a stamped, self-addressed envelope to:Oberalp SPA / OberAlp Deutschland GmbH  Saturnstrasse, 63, 85609 Aschheim-Deutschland

16. By checking the I agree to the Terms and Conditions box on the online form provided at https://wildcountryfriendscontest.shortstack.com/p2gzsz you, the Contestant, have affirmatively reviewed, accepted, and agreed to all of the Official Rules.

The Three Sigma Rating system is a method of Statistical Quality Control (SQC) which we use to describe, analyse, and control the rated strengths of our products. For each batch produced, a statistically representative sample is taken and tested to destruction in accordance with the relevant European Standard for that product and/or our own approved internal QualityAssurance Procedures.

These procedures are an integral part of our Quality Assurance System. From the data obtained from destruction testing, the average (or mean) and sample standard deviation (which is a measure of variance based upon the results obtained) is calculated.

SO 9OO1:2008 QUALITY ASSURED FIRM – Wild Country is registered to International Standard ISO 9001:2008 (CertificateNo. C/7545.Q/2678). This is the internationally-accepted model for Quality Assurance Management Systems, which has been adopted in over 150 countries worldwide.

The organisation responsible for our ISO 9001 Quality System and CE marking is DOLOMITICERT, Via Villanova, 7, 32013 LongaroneBelluno0437 576018.

In accordance with EU Directive 89/686/EC Wild Country Ltd. supplies detailed instructions with all its products and recommends that the user reads and understands these instructions before use. If you are in doubt, require further advice or would like a copy of the instructions for any Wild Country product, you should contact us at the address printed in this Work Book.

It is the user’s responsibility at all times to ensure that he or she understands the correct and safe use of any equipment supplied by Wild Country Ltd., uses it only for the purposes for which it is designed and practises all proper safety procedures. The manufacturer or supplier will not accept any responsibility for damage, injury or death resulting from misuse.

Wild Country guarantees all of its products from new against defects in workmanship or materials, unless the product has been worn out, misused, or abused, as determined by our examination. Wild Country will repair or replace any product as appropriate.

This guarantee is in addition to your statutory rights which remain unaffected. Wild Country Ltd. reserves the right to modify without notice the design and specifications of products on this website. All weights, dimensions & sizing specifications where quoted are nominal.

You can see some helpful hints and tips for using our products in our videos section - http://wildcountry.vividcreative.co.uk/en/tv

The ethos at Wild Country has always been to utilise the experience of the people ‘on board’ to design and build products that we know are of the highest quality and highly relevant to the climbers of the day.

There is a stringent ideal that Wild Country is not and never should be ‘a me too’ company which imitates or borrows from others, but should at all times strive to innovate and contribute to the sum of climbers’ knowledge. To understand how and why things work and to use this knowledge to produce products which advance the game. Our design philoshophy allows to us build products which are important in adding to the armoury of those operating at the cutting edge; from the Helium Karabiner to the new Superlight Offset Rocks. These ideals have been shaped from the beginnings of the company because of the incredible significance on the climbing scene of its first two products, Friends and Rocks. It also because of the inquiring mind of its founder Mark Vallance to seek out new ways and means to make the best gear – see History for more details. It is the job of the present incumbents to keep this going and in some ways to be part of Wild Country is to be a ‘keeper of the torch’ and to make sure British climbing innovation, ideas and ideals remain at the forefront of the world climbing scene. Therefore, every season, whatever is launched we will make steps forward. Whether the step is a giant one; Friends, Rocks, Ropeman, or a smaller one, that may be a clever twist on a theme: Rockcentrics, Superlight Rocks, 10mm Dyneema; everything should be practical, purposeful and moving toward the ideal of producing ‘the perfect rack…

“We’re always pushing the limits of what is possible.”

PURE CLIMBING Climbing pure or "pure climbing," summed up perfectly the way we think, to feel and to climb. Each climber using our products, feel that spirit. They are passionate about climbing and mountain, and each of the ways in which they engage is the expression of that passion. Because, like us, they do not like compromise. In everything we do, in everything we create and wherever we climb, our ambition, our energy and our experience lead us forward. We push the limits all the time possible. It is in this spirit that we created products - equipment of pure climbing. 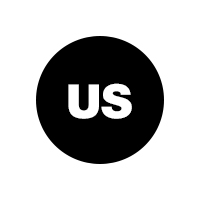 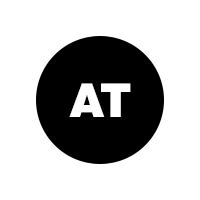 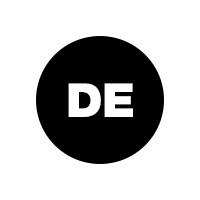 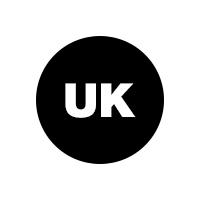